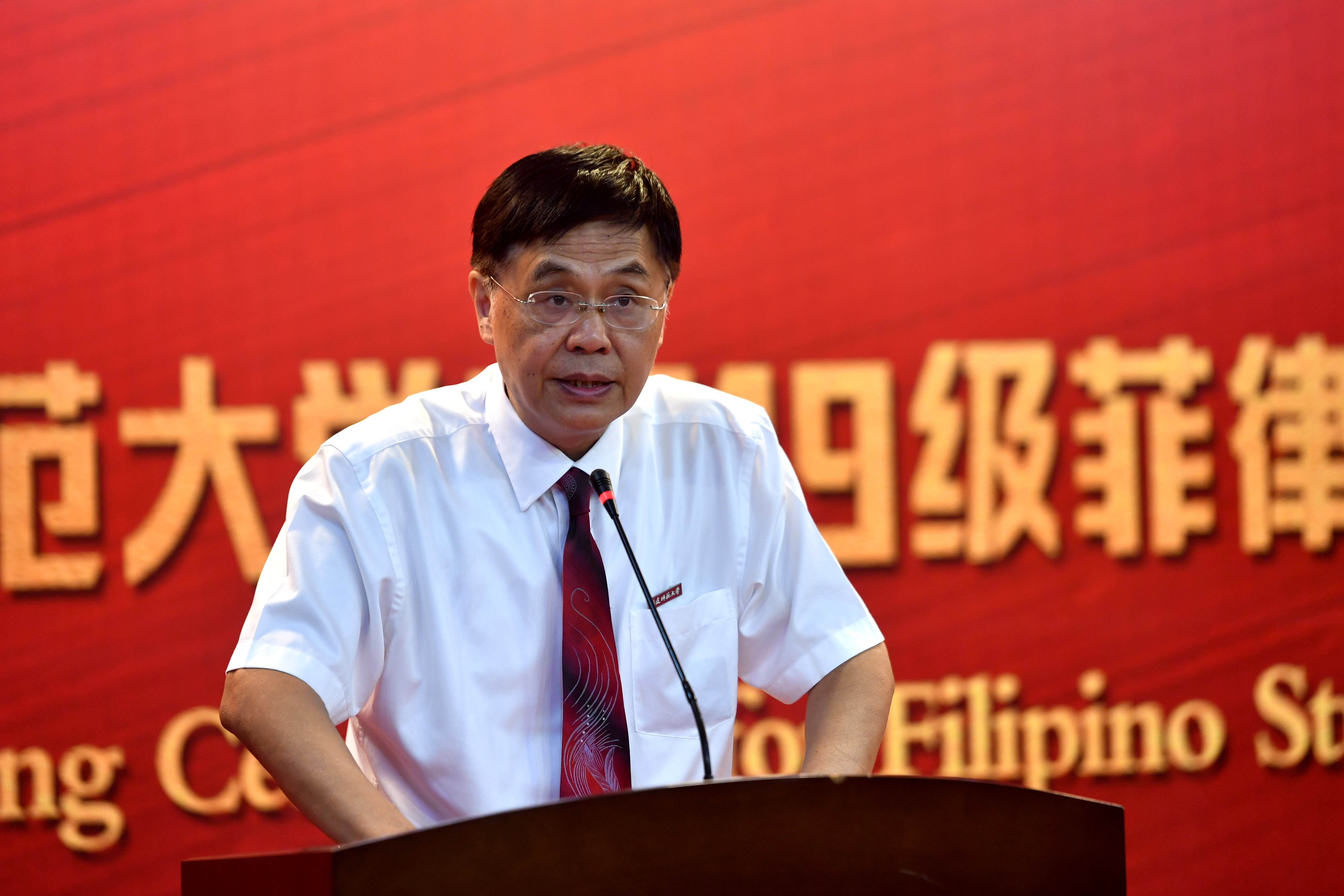 On the afternoon of September 2nd, the opening ceremony for the Filipino students of the class of 2019 was held on Qishan Campus. Xu Mingliang, chairman of the Friends of the Philippines Foundation and vice chairman of FNU board of directors, Chen Chuxin, member of Party Leadership Group of Foreign Affairs Office of the People’s Government of Fujian Province and full-time vice president of Fujian Provincial People's Association for Friendship with Foreign Countries, Zhou Erming, director of the International Office of the Education Department of Fujian Province, FNU leaders Li Baoyin, and Lai Hairong, heads of relevant departments, and teachers and students from International College of Chinese Studies, and Soledad College of FNU, attended the ceremony, presided over by vice president of FNU Lai Hairong.

In his speech, Li Baoyin, secretary of FNU Party Committee, on behalf of the school, warmly welcomed all the new Filipino students from afar, and briefly introduced the history and status of FNU. Li pointed out that FNU has long been advancing educational and cultural exchanges and cooperation with the Philippines, including jointly establishing the Confucius Institute with Angeles University Foundation in the Philippines, and specially setting up Soledad College to enroll outstanding Filipino students to study in China, thus offering a new platform for educational partnership between the two countries and further promoting China-Philippines cultural exchanges. He said that the Filipino students at FNU are envoys of the China-Philippines friendship, and also part of our school, hoping they will adhere to the ethos in FNU’s motto of “To Know and to Act with Devotion and with Aspiration”, carry forward FNU’s pledge always to “teach earnestly, study diligently, seek truth and promote innovation”, and the spirit of dedication of Soledad Roa Duterte, that is, Nanay Soling, the mother of Philippine President Rodrigo Duterte, and work hard to spread the cultures of and promote friendship between China and the Philippines.

Chen Chuxin pointed out in his speech that FNU has long maintained close exchanges with the Philippines and the other ASEAN countries, carried out fruitful educational cooperation, and made positive contributions to deepening the friendship between China and the ASEAN countries. He said that the establishment of Fujian Normal University Soledad College is of great significance and great responsibility and hoped that the students will learn professional knowledge earnestly, fully appreciate the traditional cultures of China and Fujian Province and after graduation contribute a lot to the economic and social development of the Philippines and the everlasting friendship between the two countries.

At the opening ceremony, Dr. Cheng Junheng and Delos Santos Jessy spoke on behalf of teachers and on behalf of overseas students respectively.